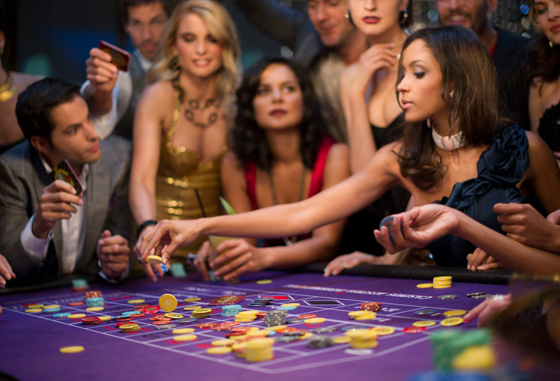 Casino Tips for the Novice: Keeping Your Head in Check and Your Money, Too

Before going to the casino it is important to remember that statistically a player is bound to lose.

Knowing this, it is important to understand what kind of losing is being discussed. According to AmericanGaming.org, of the top 20 revenue earners in 2015 the Las Vegas Strip came in first with over $6.1 billion while Council Bluffs, IA took in a not-so-paltry $468 million at 20th. That having been said it is important to note that level headed, prepared players can walk away ahead of the house if they follow a simple system.

Set a Budget Before Betting

It is very important for any player who enters a casino to have a budget that is set in stone. This is important whether it is $100 or $100,000.

It may not be very much fun for a player to lose it all in 10 hands of blackjack or 3 spins of the roulette wheel, but violating this first rule not only shows immaturity and a lack of discipline, but it also exposes a serious disregard for domestic budgets that will be affected by squandering more money than was originally allocated just for the sake of not being bored.

Have a Game Plan in the Casino

All professional players go into the casino with a plan. According to Max Redd’s article on Buzzle.com titled “So You Want to be a Professional Gambler?” the first thing he mentions is discipline, which he expands to mean that it is important to know that gambling is a serious business from which serious benefits can be derived.

Part of this discipline to the amateur gambler should involve a plan of attack, whether it is to watch slot machines for 3 hours to see if there’s a pattern of paying and holding prizes, or betting on red at the roulette wheel until the chips have doubled or gone back to the house.
Having a clear view of one’s priorities will require a clear view of strategy for the future. Dealing with the smaller picture of an evening or weekend in a casino having a game plan can prevent players from making rash decisions such as drawing additional funds from their checking account in order to get back to where they had been before they lost more than they originally intended.

Know When to Take a Break

At some point in the process of playing, especially after an extended period of time, the stress can start to fatigue a player. Fatigue can cause a player’s mind to wander from the hand in play and cloud judgment, both of which will lead to costly mistakes.

When the buzz of winning, or simply playing, has run its course, it is important to step away from the bells and whistles of the gaming floor and take a walk, visit the buffet, or take a nice bath and watch some cable programming.

After a player has recharged his batteries, he should re-evaluate his current station and how he feels about it. Most novice players will never reach this point, and that is why they remain the casinos’ best friends.