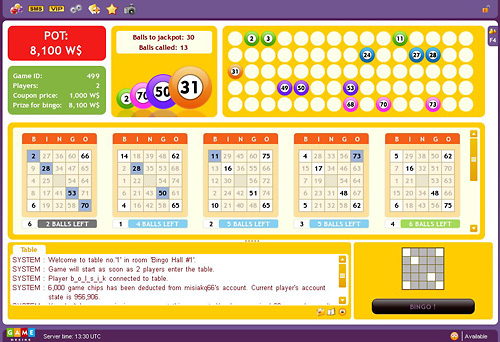 Although Bingo Games played in different bingo halls or different online sites slightly vary in rules and regulations or in mechanics, they remain to be the perfect examples of simplicity. The game is practically designed for all ages to enjoy so it is as easy as they come. That being said, there are still common errors that even experienced gamers tend to commit from time to time. Getting to know these frequent blunders will allow players to prevent them from hopefully happening in the future.

When a player gets the final number to form the right combination or when the last number completes the whole square of numbers, he or she should shout out BINGO. Choosing to keep the success to one’s self renders the win useless as someone may have the chance to shout Bingo at the next possible number. Moreover, should a person call out BINGO without being heard by the play caller and the next number allows someone with a louder voice to claim the prize, the prize will go to the person that was noticed by the play caller. Hence, yelling BINGO at the top of one’s lungs is the best and only way of claiming the prize.

In case more than one person declares winning a specific Bingo Game, the prize or points will be fairly divided among the winners.

The excitement, thrill, and often desperation in getting the right number may tempt others to tamper the playing card. Some of the most common cases involved the numbers 1 and 7 because they fairly resemble each other and represent the best chances of getting tampered. Tampering gets various penalties from different gaming communities.

The number of Bingo Halls and online sites is quite impressive. Naturally, these halls and virtual gaming sites will have different set of rules and regulations. Even if the player is a seasoned one, it is very important that the individual will be able to spot the difference in the rules. Otherwise, there is a good chance that the player may not be able to maximize the rules to his or her advantage or even fail to win because of these rules.

Unlike online gaming sites, which allow chatting simultaneously while the game is in progress, Bingo Halls prohibit talking when the game is going on. As the live game has so many variables to consider, particularly the speed, sights, and sound, it is very important to really limit conversations to a minimum or to talk only during a break in the action.

Focusing also means not being drunk or under the influence of alcohol. Alcohol diminishes concentration levels, which will not serve the player in a Bingo Hall or online gaming site.

Keeping to mind these things will prevent blunders from occurring and will provide players with even more chances of winning. The game should also be more fun and exciting when errors are not committed.