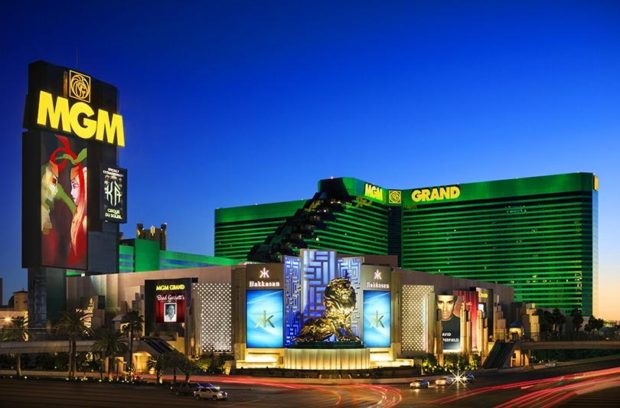 At last you have decided to take a trip to “Sin City” Las Vegas. You have done your research and made your reservations and now you’re wondering, what does the MGM Grand have to offer.

I am here to tell you that the MGM Grand Hotel and Casino in Las Vegas Nevada has so much to offer its guest. One of the largest hotels in the world, MGM has definitely earned its position as one of the top ranked hotels on the Las Vegas Strip. Located at the head of the strip, near New York New York, and Excalibur with a free monorail linking the three. MGM Grand has over 5,000 rooms to accommodate its many guest each year with rates starting as low as $60 per night.

Nightlife at the MGM Grand is never dull, with so many spots to hang out to choose from.

You can indulge in them all in one night or try a new spot each night of your stay. Tabu Ultra Lounge, Centrifuge which offers a ultra-modern metropolitan vibe, Zuri a martini bar, Rouge one of the newest additions to the night scene, club Vida! for that Latin flavored dance, and of course the popular club Studio 54. All of which are dress to impress and are open nightly.

Entertainment at the MGM Grand is not limited either. Starting on the lower level near the great Rainforest Cafe is the Lion Habitat.

With it’s floor to ceiling windows enclosing a large lions den. Usually there are 3-4 lions at a time and guest are able to take video as well as photographs of the lions playing, lounging and eating. The Hollywood Theater, which seats 740 in its arena is home to some great shows and entertainment. Cirque Du Soleil is a theatric event involving the use of martial arts and acrobatic performances to tell a story. This attraction is a really neat show for the family. The MGM Grand Garden area is home to the world famous concerts, championship boxing matches and numerous sporting events. The Grand’s Crazy Horse Paris is a show that celebrates the beauty and sensuality of women is the newest thing at MGM Grand.

Amenities at the MGM Grand Hotel and Casino include the Wet Republic ultra pool, a concierge, The MGM Grand spa & Health Club that offers massages, facials, manicures, and pedicures.

It’s state of the art fitness center has the latest in cardio and weight equipment a steam room, sauna, and a whirlpool. The Wedding Chapel at MGM Grand is delightful and has great packages from intimate 2 person wedding to large packages to accommodate up to 250 people. The Grand pool complex which offers 5 swimming pools, 3 hot tubs, a lazy river, and a waterfall. Hours for the pool are limited. The pool complex also has pool side cabanas for rental which are equip with TV’s, and refrigerators. The Grand Floral shop for all of your floral needs, Christophe Salon, an upscale salon that was once based out of Beverly Hills California which is open from 9am to 7pm. Finally a monorail that links the MGM Grand Hotel to the New York New York and the Excalibur Hotel.

MGM Grand is a great place to take the whole family.