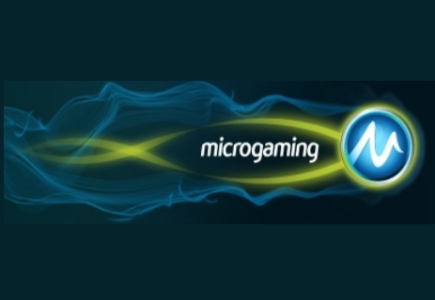 Microgaming to Get Magnet Online Slots

Software developers and providers are getting a great marketplace from online casino operators. These video slot games are getting widespread popularity amongst the masses because they are fun to look at and they have relatively easy controls. Microgaming is one of the most recognizable software providers when it comes to partnering up with online casinos and it doesn’t want to lose their lead in the industry to the competition. This provider is still attracting the attention of its clients because it offers them a wide range of games for their consumers.

Microgaming has become a distributor, uniting with Magnet Gaming—an online slots provider—to make games and video slot content to its online casino operators through the Quickfire platform. They have agreed to distribute 12 slot games from the Denmark-based software provider. Some of Magnet Gaming’s well-known games are Candy Kingdom, Vikings, and Space Gems, which was launched in December of the year 2015.

Though the essence of Space Gems is quite familiar to many gamers, it has a several features that are unique unto itself. The reels in this game are placed on a grid that has 3×3 dimensions and it has bonus games in it, as well. The Black Hole bonus game would let you win a prize from a symbol that is left behind from a virtual black hole that’s going to engulf all, but one. 25 free spins with a locked symbol feature is the bonus award for the Game Flash. The rest of the bonus features of this game all also very fun and interesting, and one could even lead to a jackpot.

Thomas Nielsen, the Head of Game Licensing at Magnet Gaming, has said that the unity of the companies was an important step to Magnet and that it created a great achievement in its history. “We have partnerships with the leading brands in our native Danish market, but securing similar deals with their international counterparts will take us to the next level,” he said. He also said that he was excited by their collaboration with Quickfire, a well-established and respected platform.

The head of Quickfire at Microgaming, Tom Chamberlain, has also released some words, and he said that the games from Magnet constantly impress because of the quality that they have and with the developer’s attention to the HTML5 build. He also said, “Intent on continuing to deliver the most sophisticated gaming platform to the industry, as well as the best content, Magnet Gaming is a welcome addition to Quickfire.”

Microgaming has also teamed up with Rabcat Gaming. Their games like Forsaken Kingdom, Castle Builder and Dragon’s Myth gained so much popularity within the online casinos under the Microgaming banner. As of now, there has been no news about the eventual acquisition of the games from Magnet, but there are those who are already excited about the partnership. It’s a great strategy for both companies, especially when it comes to having a symbiotic relationship, which is definitely important for the growth of each. And high are the expectations of many patrons and gamers.