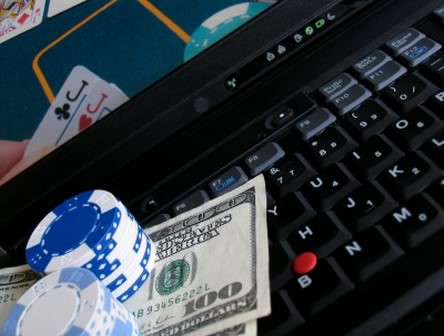 Antigua and Barbuda passed the “Free Trade and Processing Zone” act in the year 1994. Such is an act that would provide gaming licenses to groups or people who would like to begin a working casino via the internet. That act became the stepping stone for the coming of the age of online gambling.

The Birth of the First Online Casino

During that time, even when the law came into existence, nobody could actually provide those who would want to start an online casino with the software necessary to make it happen. But that lull didn’t last long because Micogaming slowly emerged and took its roots in the industry, closely followed by CryptoLogic. They weren’t household names in the world of gambling because no one really cared about remotely accessing a casino, at least initially. Then these names became resourceful and built themselves up from the ground, making the software and the security measures necessary to start the very first online casino in the year 1996.

The industry of virtual gambling opened up and the possibilities were already accessible, especially during its starting years in 1996-1998. During these years, the internet was already being improved upon and many people were slowly given the chance to use it. The amount of software that’s being developed by companies has also expanded, making online gaming move forward at an even faster pace. Microgaming was able to create and show the world Cash Splash, the first progressive jackpot on the market.

Companies and other individuals caught scent of this new trend and were soon building their own sets of software and gaming platforms. The kinetic energy of such an advent was so prominent that it became a new trend and a new target for the law. In the year 1998, the “Internet Gambling Prohibition Act” was passed by a Republican Senator from Arizona, John Kyl. But that attempt was sacked. Online gambling became one of the most accessible places to stake money and the industry has exploded into a billion-dollar realm that’s as powerful as any entertainment medium. Over the years, Senator John Kyl battled online gambling and the ones who maintain it. Bills were passed in order to stop the industry, but to no avail. For six long years, Senator Kyl placed his energy into closing up internet gambling. But as history would remember, it’s still very much alive and it’s actually not showing any signs of ever slowing down. It’s already as popular as actual casinos.