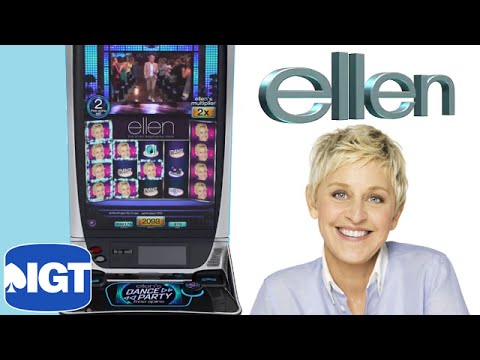 With the success of Kim Kardashian and Kate Perry in launching their own mobile games, the host of a famous talk show, Ellen DeGeneres, had also decided to present her own mobile slot online. The slot game is available in Google Play and Apple’s App Store where new players can get one million chips as a bonus once they roll the dice. There is also an additional two million chips for those who will try spinning the wheel.

What to Expect from Ellen DeGeneres Slot Game

There are plenty of things that you can expect in playing the slot of Ellen DeGeneres. With the video clips and voice-overs taken from the Ellen DeGeneres show, Players can also win bonuses in different events such as the “Ellen’s Wheel of Riches” and “What’s in the Box”. Because the game is associated with the popular talk show, players can expect winning great prizes. Just like in Kim Kardashian’s mobile game, DoubleDown Casino should also consider some traction in the future.

When Glu Mobile introduced the game of Kim Kardashian in 2014 called Kim Kardashian: Superstar, it had earned more than 43.4 million only for a single quarter. There are around 23 million players who have decided to download the apps where they usually spent 4 hours in playing the game and eventually collected $200 for the first 12 months.

There are indeed plenty of mobile games that people can play and download in various app stores. They can choose from different genres like shooting games, racing, casino games, and a whole lot more. On the other hand, you will notice that there is an intense demand for games connected to famous celebrities. People think that this is an effective way for them to get closer to their idols. Because of this, companies have already started using celebrities that are willing to work with them and provide them the opportunity to earn a greater amount of profits. The mobile app of Ellen DeGeneres is another game that will hit the mobile game industry.