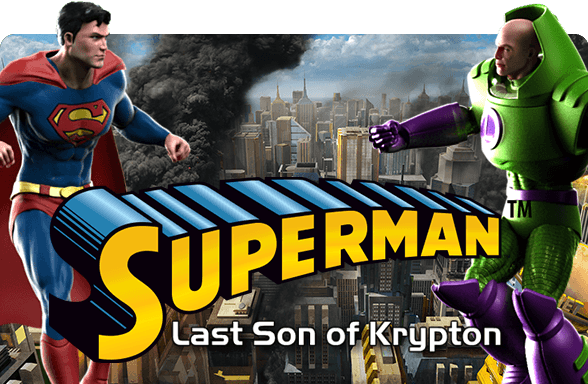 Playtech is one of the leading software providers that have provided quality service to consumers. Its online casinos have given much excitement to frequent bettors and casual players. This year, as a move to improve and broaden their scope in the world of online gambling, they have signed a licensing deal with Warner Bros. Consumer Products to develop video slots that have DC Comics superheroes as the cover and theme. They will base their new omni-channel casino games on the DC Comics television shows and films that have graced the world over the years.

The software provider will focus on four major titles that have been released by Warner Bros.: Superman (1978), Superman II (1980), Man of Steel (2013) and the Green Lantern movie that was released in 2011. With these titles as their basis, Playtech would then mobilize their creative studios across the globe to design, develop, and release the casino games that would feature the said superheroes that are the property of Warner Bros and DC Entertainment.

The CEO of Playtech, Mor Weizer has his sentiments about this momentous event, saying, “Playtech’s best performing in-house and premium branded casino slot content will be further strengthened through our partnership with Warner Bros. Consumer Products and the launch of the DC Comics branded games.” He also stipulated that the licensed online casinos that are run by Playtech would be able to get new attention and consumers with the coming of the new releases. He said that the company is looking forward to a healthy and flourishing working relationship with Warner Bros. Consumer Products.

Playtech highly anticipates the eventual release of the new super hero video slot sometime within the year. The company is going to be an exhibitor at the ICE 2016, which would run between February 2 and February 4. Those who would visit the expo would be able to see their favorite DC Comics superheroes as they help to market the upcoming video slot games.

The DC Comics line of superheroes is, as of now, available in the selections of two different online casino software creators. One of these software providers is Cryptologic. The company has slots that show off Batman, Superman, Wonder Woman, Flash and the Green Lantern. The company Microgaming is featuring the later Batman movies from Christopher Nolan, The Dark Knight and The Dark Knight Rises.

The DC Comics superheroes aren’t the only branded characters that are featured in Playtech’s video slots. They have previously reached out to Marvel Comics for the use of their own set of super heroes. The omni-channel casino offerings from Playtech are some of the most lucrative in the industry. They present a lot of options to those who want to have fun and enjoy features that are familiar. They even have more than 600 games for every channel, device and platform. That is how such a company is leading the industry. And with this new deal with Warner Bros. Consumer Products, they will be able to continue their steady rise through innovation and style.