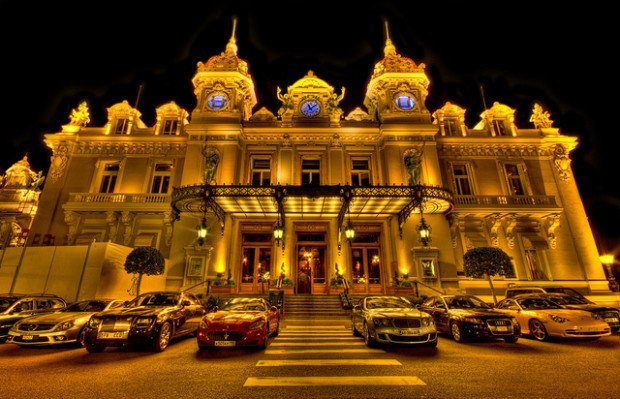 Through the Years: The Monte Carlo Casino

Monte Carlos is considered by many as the stomping ground of the rich and famous. It is a place that is mostly associated with extravagance and luxury that going to this place can be considered a worthy feather in the cap as far as social status is concerned. Monte Carlos is coveted because of the presence of popular artists, athletes, politicians, models, and some eccentric business tycoons.

A huge part of the allure of this place is the palatial and history-rich Monte Carlo Casino. If the location is considered the rich man’s haven, then gambling in luxury and extravagance should not be too far behind. More than the hope of winning, gamblers often go there to experience gaming in probably the most iconic of gambling sites.

The Monte Carlo Casino: The Beginning

The beginning of this casino was actually out of sheer necessity. In 1854, a couple of towns refused to pay taxes to the sovereignty so Prince Florestan I, under the prodding of his wife, Princess Caroline, was forced to look for other ways of raising revenue.  Constructing a casino was just one of the many options in producing profits. Back then, Monaco was as backward a country as one can get, which was a big reason why the casino had a rather bumpy start, to say the least.

The casino’s location was actually moved several times until it found its home in what the locals call as The Caves. Charles Garnier, the man who designed the Paris opera, was also commissioned to design the new casino. The scale of what the casino was supposed to be was so massive that it took the talents and expertise of Francois Blanc, a renowned operator of a very popular casino at that time, to take the gambling house to its envisioned heights.

Blanc, indeed, knew his business and one of the first things he did was to have the name of the place-The Caves-replaced. The name Monte Carlo stood out among the many entries and has been used ever since. It was a name that was used to pay homage to Prince Charles.

Through the years the Monte Carlo Casino has had several renovations. Among the many additions were a theater and a grand concert hall. Little by little the casino was forging a reputation not only as an excellent gambling house, but a place that features the best culture of the country.

The most amazing event in the casino’s rich history happened in 1873 when Joseph Jagger broke the bank. Although breaking the bank is not what it used to be, the winnings were quite significant and Jagger did it quite a few times by taking advantage of a certain defect in the roulette wheels. Almost half a century later, the Monte Carlo Casino witnessed the first Women’s Olympiad in their own grounds.

The Societes des Bains de Mer assumed control of the casino in 1898 and still owns a majority of the casino until now.  Movie fanatics can point out that the casino has been featured in some of the most popular films ever made. It would be inevitable that the dashing 007 will find himself roaming the halls of this historic place.

Currently, the Monte Carlo Casino is a mecca among gamblers and continues to play host to a couple of the most prestigious and popular poker tournaments in the world.