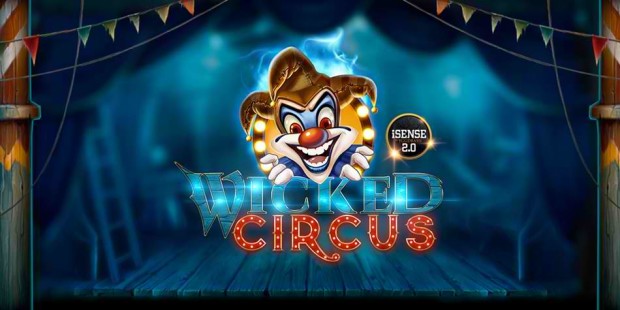 When it comes to live lotto, RNG lottery content and online and mobile casino games, Yggdrasil Gaming is one of the top providers whose headquarters is located in Malta. There are quite a few recent innovations that Yggdrasil Gaming has launched, and the most recent one is the Wicked Circus, which completes the trilogy that Jokerizer initially launched. For the players who want to encounter the same experience with playing the video slot Dark Joker Rizes, the Wicked Circus is the best and can give you equally the same fun and winnings.

To ensure that players will not feel scared while playing, the Wicked Circus is a combination of fun and horror. In addition, there is also the integration of a musical score that creates a circus vibe, which is a strategic move by Yggdrasil. In terms of the video slot’s interface, it appears in front of a wooden stage cast with an accent of an ominous blue light.

The fun of playing Wicked Circus

Aside from earning real money, players also seek the joy and fun while playing video slots, and Wicked Circus can definitely give you that. You can see on the actual interface of the game that it only has three rows and five reels so that 15 symbols can be displayed all at once. Furthermore, Yggdrasil only added 10 pay lines, which is often associated with high variance slots, which is a great strategy to generate more winnings.

You can set the coin value between €0.01 and €1 on each of the wager. Take note that Yggdrasil has made the pay lines to be 10 only given the relatively low volume. There are only eight unique symbols within the game, and six of them are part of the core possibilities. The red star is considered to be the most lucrative of them because it pays out a 300x multiplier with five as well.

While playing Wicked Circus, you can also try the Jokerizer Mode, which makes the players risk or collect in a double-your-money bet. In this mode, locked reels have the potential to become re-spins. Apart from that, there are also instances wherein players can get a mystery win that starts at 500 coins all the way up to 6,000 coins.

In April of 2016, gamers can find the Wicked Circus at several Yggdrasil sites such as Unibet Casino, Mr. Green Casino and Euro Slots Casino, so be sure to watch out for it.