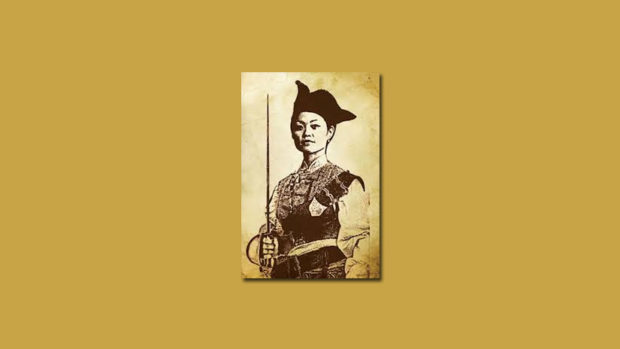 The Career of Cheng I Sao, Female Chinese Pirate: The Life of A Prostitue, Casino Owner and Business Entrepreneur

There is little information available about the life of Cheng I Sao (also known as Ching Shih), prior to her work in illegal activities.

Even her birth name is a mystery, as the name by which she is commonly known means simply ‘wife of Zheng’ or ‘widow of Zheng’.

The Adult Life of Cheng I Sao

With the aid of her new husband and first lieutenant, Cheung Po Tsai (who had been kidnapped and adopted by the pirate husband and wife when he was 15), Cheng set about governing the huge body of outlaws Zheng had left behind.

There is some debate as to whether she took Cheung Po Tsai as a lover, or as a figurehead for her pirate army. Although she rightly concluded that thousands of men would not be content to have a woman at their head, and officially positioned the young man as the fleet’s official captain, there is no reason to think that love or attraction did not also figure in.

Shortly after her ascension, she put into existence a set of rules to help govern the large confederate body she and her second husband now ran.

These rules included such longtime ‘pirate code’ staples as specifications for booty sharing, and punishment for robbing townships friendly to the pirate fleet. However, Cheng ran her pirates with an iron fist.

Death was the penalty for multiple infractions, including raping female captives, and simply disobeying a direct order. Interestingly enough, one of her rules allowed her men to return unattractive female prisoners to shore, and keep only those that pleased them.

However, Cheng’s business savvy extended beyond merely writing out rules for her army of pirates. She also organized a protection racket for local fisherman and coastal traders, and moved into avenues of blackmail and extortion.

The Retirement of Cheng I Sao

Ultimately, Cheng I Sao was so successful in these criminal enterprises that in 1810, the Cantonese government had to bring in American, British and Portuguese bounty hunters to try and get control of their waters back, and rid themselves of her Red Flag Fleet.

Even this drastic measure failed, however, and the Chinese government finally resorted to peace talks with Cheng. Her sharp haggling skills resulted in a fine deal for the Pirate Queen and her followers.

Pirates from her fleet who surrendered to the government, kept all their spoils, were not punished in any way, and were given positions in the imperial military bureaucracy. Her husband, Cheung Po Tsai, was given a prominent government post in far-flung Hong Kong, and was eventually promoted colonel in the Qing imperial navy.

Satisfied with her success, Cheng I Sao retired from piracy, but she couldn’t stay out of business. She opened a successful gambling house which she ran until her death in 1844.

Cheng appears in the Pirates of the Caribbean trilogy as Mistress Cheng, ensuring that her legend will live on.