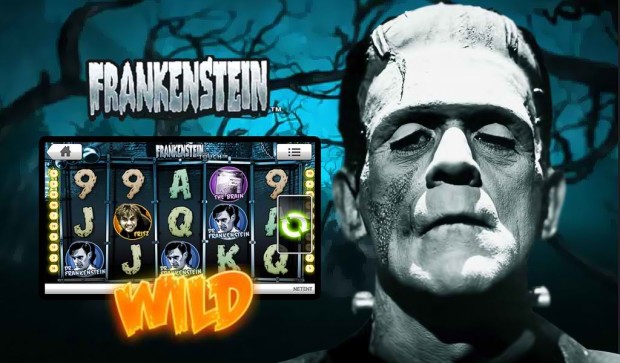 The long wait is finally over for those who are waiting for Betsoft’s newest development in online mobile slot game. Betsoft has officially released its latest spooky slot game called FrankenSlots. As inviting as the title the game is themed with the spookiness of Halloween. Upon its release the game is now available at three major sites, namely Playamo, Slotjoints and Golden spins casino.

This game is made possible by the top tier casino game developer, Betsoft. As one of the industry’s kings the unshakable reputation of the company is undeniable as it has successfully produced 180 plus casino games through the years. Betsoft has a reputation in stunning 3d cinematic matching of todays animated feature films. They are also known for having breathtaking audio which caught the attention and the player’s satisfaction. Among the best loved and most popular games of the company are Blackjack, Roulette, Video Poker, Table and Lottery Games, Keno and the pioneering, fully 3D Poker3™.

In the year 2012, Betsoft has concentrated its efforts to develop top class mobile games in their franchise named ToGo™. Being available in IOS’ iTunes, Androids Google Play and also Windows’ Live the Betsoft’s ToGo™ has innovated mobile slot games through gaming excellence. Because of this Betsoft has officially become one of the top developers not only in the online casino gaming but also in mobile casinos.

Based on the Centuries old horror tale the Frankenstein’s Monster. This long told story has horrified children all over the world cast by the evil Doctor Victor Frankenstein and its ever famous Monster. According to the tale, the mad scientist, Dr. Victor Frankenstein, was able give a humanoid creature life through chemistry and alchemy which later turn out to be rejected by society because of its indifference. The game perfectly settled in Dr. Frankenstein’s secret laboratory with all its creepy elements which sets up the mood for spookiness. Capturing the imagination of the audience in both visual and audio is one of Betsofts forte.

The mobile slot game itself consists of 5 reels with 20 paylines and special features like free spins, wilds and scatters. The game also features a bonus round where players are free to change switches and levels that also enables them to control Frankenstein’s monster, by doing so this helps the player score up and win their line bet multiplied by 25 times. With its spectacular visual, audio, and game play FrankenSlot won’t disappoint the waiting audiences.