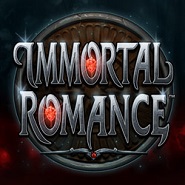 The Immortal Romance video slot game by Microgaming was a unique concept, with all the characters and features of the game all created by Microgaming themselves. The inspiration behind this game was down to the massive success of Thunderstruck II, and you will see some similarities in a few of the features used in Immortal Romance.

The concept of the Immortal Romance game was born after weeks of market research. One theme seemed to dominate popular TV, literature and cinema culture, and that was Paranormal Romance. Things that include werewolves, zombies, vampires and witches, and a bit of romance thrown in had a big appeal to a lot of people. From this research Microgaming came up with Immortal Romance.

Immortal Romance is a recipe of paranormal characters that are woven together in a dark tale of love and intrigue. This was all then thrown into a winning game engine and pieced together with wonderfully crafted graphics and an original haunting soundtrack that really brings the game to life.

The game is a 243 way game, which means that there are no pay-lines as you find in a lot of slot games. Instead it means that winning combinations can be created from a certain random formations on the reels, rather than a set line formation as used with pay line slots.

There are a number of different bonus features included in the game. The Wild Desire feature will seem fairly familiar with those who have played Thunderstruck II before, and it adds a lot of fun and excitement whenever this feature is activated. It will unlock a number of free spins that are hidden away in the Chamber of Spins.

Immortal Romance also uses the popular Player Achievements feature that Microgaming has integrated into some of its games now. This is a great platform to see how you and others are doing at 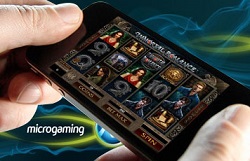 the game, and to give you further incentive to get your name to the top of the leader board.

There are four different free spin features integrated into the game, as well as various other bonus offers to really keep you captivated. You can hit up to 25 free spins at a time, and then within each free spin feature you can also activate additional bonus features such as Wild Features, Rolling Reels, Random Wild Reels and Additional Wilds.

Who is Immortal Romance aimed at?

The beauty of this game is that slot players of all levels can play it. There is not much of a learning curve as the game is very intuitive, and although there are a number of different elements and features included in the game, they are all very easy to navigate through. 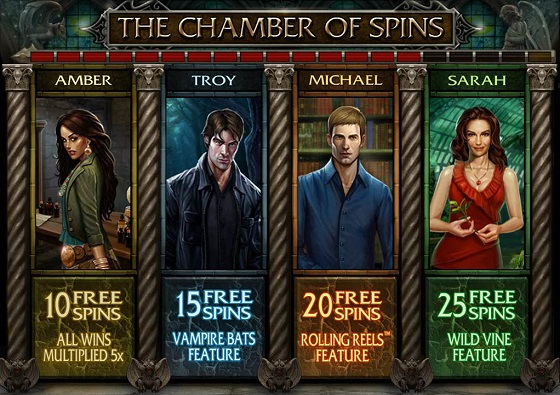 The minimum bet is just 0.30 a spin and maximum bet 6.00 a spin. This gives a lot of scope to those who just want to spend a bit of time enjoying the game without having to invest too much, and those that want to maximize their earning potential by betting higher bets.

Where to play Immortal Romance