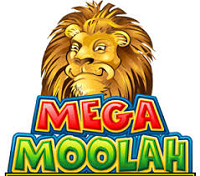 The Mega Moolah progressive slot game has been, and is likely to stay one of the most played games in any online casino available today. There is one main reason for this, and that is the massive 7-figure progressive jackpot associated with it.

The game itself has an African theme, with lots of the most well-known African animals present on the reels, and a lot of fun characters too. Although not ground breaking in its design (the game is close to 10 years old now), it is still a lot of fun to play and offers a lot of entertainment for the player.

While this was one of the earlier video slot games to be made, it still offers some excellent quality graphics and accompanying audio to go with it, both of which help you to get right into the game as soon as you start playing.

The alluring aspect of this game is its progressive jackpot. The base setting for the top award is a massive $1,000,000, but you very rarely see it this low. Usually it goes well up into the multiple-million dollar range before it is hit, and even when it is hit it usually gets reset higher than the base 1 million. 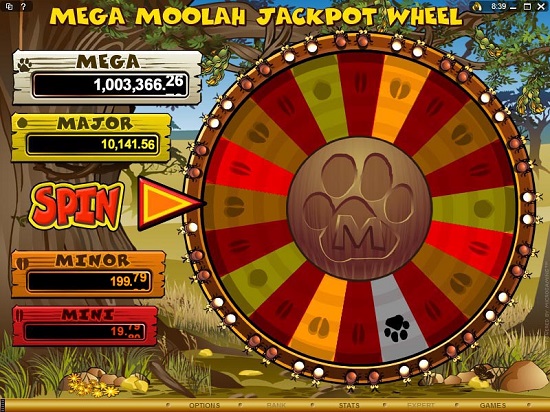 There have been many past winners of the Mega Moolah progressive jackpot. This game has been responsible for making a lot of instant millionaires, and it is this capability that has people 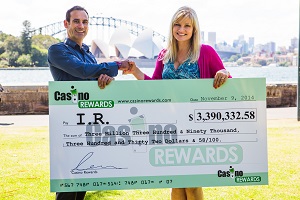 signing up to online casinos just to play this one game with the hope of hitting that life-changing jackpot.

Recently there have been two Canadian winners on the Mega Moolah slot. There was one lady that won US$3.3 million while playing on her mobile phone at Golden Tiger casino. According to the casino, she has already purchased a new home and a brand new SUV as well, so it is safe to say that she has put her winnings to good use.

Then there was a Canadian gentleman that recently won a massive US$3.9 million jackpot on Mega Moolah. Apparently he has now quit his job and gone into business with his son, so again he has made good use of the big windfall he had just from playing on this amazing slot game.

The game is a 5 reel video slot with 25 pay-lines to play. It offers a wheel of fortune style bonus feature, and this is how you win the progressive. One of the slots on the wheel holds the progressive and all you need to do is land on that. This is why it can be won without playing the maximum bet, so the game really appeals to players of all levels.

There are a number of cheery animals that you will see on the reels, including Lions, Giraffe, Zebra, Elephants, Monkey’s and Buffalo to name just a few. The Lions are Wild in every sense of the word, and you can double your wins whenever a Lion appears in a winning combination. 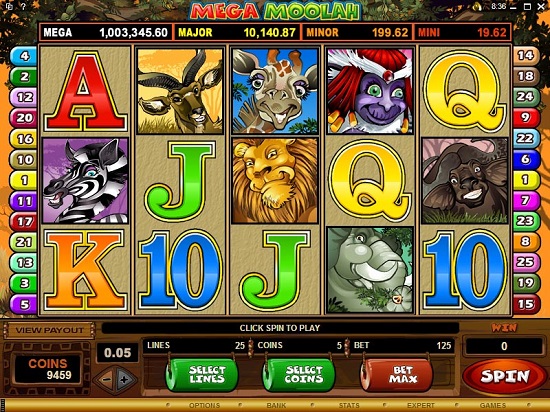 You will also see scatter monkeys on the reels and these are just one of the head-hunter trophies that can release varies scatter pays. You can hit up to 15 free spins and these can re-trigger and triple all wins throughout the cycle of the feature.

The progressive jackpot is also available in four tiers. There is the Mini, Minor, Major and then the Mega, which of course is the whopping 7-figure beast that everyone wants to hit!

Where to play Mega Moolah

Mega Moolah is available at Golden Tiger casino. This is also where the lucky Canadian lady recently hit her US$3.3 million jackpot while playing the game on her iPhone. There is a mobile version of Golden Tiger casino available, as well as the desk top version, so you can play on any device you like.